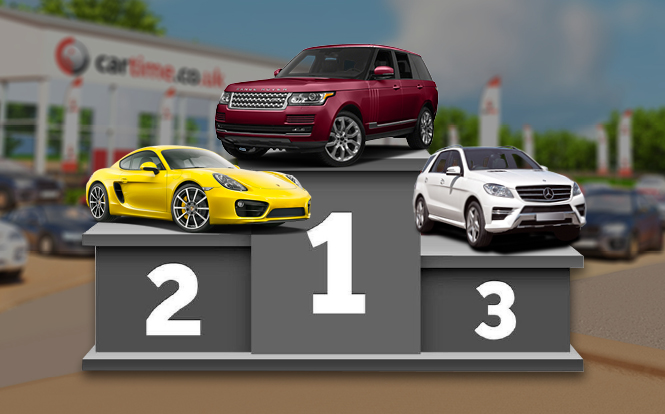 Christmas is a time when many of us look for a new set of wheels - whether that's because our old car struggles in the colder weather, as a Christmas treat to ourselves, or as part of a New Year's resolution to drive something that offers a bit more luxury.

So it's not surprising that the festive season also sees a high number of finance deals on luxury cars across all marques and makers.

Newly published research from JBR Capital reveals the carmakers that see the highest number of new finance deals on luxury cars over Christmas - so who makes the list?

Not surprisingly, Range Rover finance deals come top of the tree, based on figures from December 2017 and early December 2018.

One possible reason why the four-wheel drive sees the most finance deals on luxury cars in the run-up to Christmas is because of the better handling and grip its off-road status delivers.

For anyone looking for a more confident driving experience in bad weather, Range Rover finance deals make an obvious choice and help spread the cost of a new or used Range Rover into the new year and beyond.

It's no surprise to see Range Rover finance deals come out on top - at cartime we have a good number of used Range Rover and Land Rover vehicles at any time of year, and they're always popular in the autumn and winter.

The highest ranked sports car finance deals on the list are for Porsche production models, again perhaps because these combine luxury with some fairly practical design elements too.

It's possible that some Porsche finance deals are used to spread the cost of giving the iconic sports car as a gift, which would also add to the increase in the run-up to Christmas.

Again, cartime see plenty of Mercedes-Benz used cars pass through our forecourt, and it's an ever-popular carmaker that rarely takes long to find a buyer.

Just missing out on a podium position, Audi finance deals rank in fourth in the run-up to Christmas, while festive Ferrari finance deals finish fifth.

Audi is another of cartime's biggest brands, with plenty of Audi used cars in stock at any given time and some great Audi finance deals to be had.

It's not unknown for the prancing pony to canter onto our forecourt either, so if you're searching for Ferrari finance deals, it's always worth checking to see if there are any Ferrari used cars in stock at cartime, as Santa might just have a seasonal surprise in store for you!

Remember, at cartime great used car finance deals on luxury car brands are not just for Christmas, as we are continually refreshing our stock and updating our fantastic asking prices and special offers - so we look forward to seeing you all throughout the new year too.