What Were They Thinking?! Worst Car Names in the World… Ever! 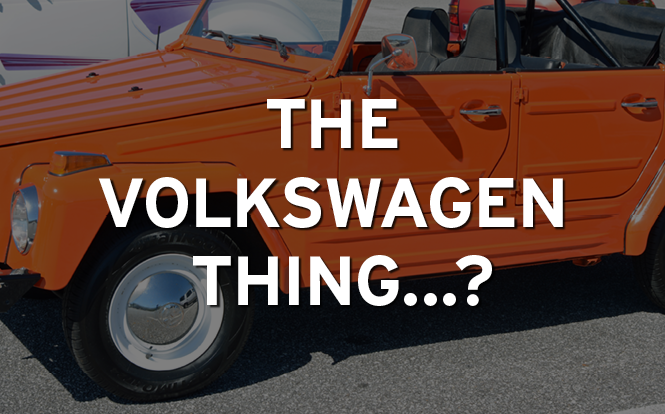 Can you think of any terrible car names that’d top our latest list?

Every manufacturer, from Ford to Ferrari, is guilty of the occasional ill-advised idea, when it comes to naming its latest model. Here's a list of cringeworthy choices, as we present to you... 7 of the world's worst car names.

Ouch. Bippy, tepee, Tommee Tippee… This poor Peugeot’s name is just a total mess. Whether it reminds you of a child’s sippy cup, a TV remote or a triangular tent made from buffalo hide, if there’s one thing it doesn’t do it’s make you want to drive one.

We reckon the big-wigs in the Volkswagen office must just look around and name their new cars after… Well, things. A bug on the bush out the window. Dave’s set of Callaway clubs that he left in the corner. The mint with the round hole. And the day this model made it through to concept stage? Someone up top was simply feeling super lazy. Very lazy indeed.

Rumour has it that the bosses at Honda wanted people to see this car and think “That’s it!”. Unfortunately, once you get a good look at it, it’s probably more a case of “That’s it?”. Whatever it is, we’re not exactly clear on - but we don’t think we want it, That’s for sure.

We don’t know about you, but we think Ford should have left the probing to the medical professionals... Or aliens. It's invasive. Uncomfortable. Uninvited. Everything you want in a car? We think not. To make matters even worse, the actual shape of this unfortunate model was disturbingly pointy. All in all a thumbs down for the Probe, definitely one of the world's weirdest car names.

An odd name, for an equally odd-looking car. Makes you wonder if the folks at Mitsubishi were on a lunch break when they came up with this one. Still, bonus points for originality and surely it’s a hit with the vegetarian crowd.

Of all these weird car names, this one's another head-scratcher - and that’s not just because of the ‘mystery’ element to the name. This weird and wonderful car sounds as if it could be a 70s rock band, an album from The Who or J.K Rowling’s next long-awaited book title.

Actually a pretty cool car, with a terribly uncool name. No offence to any men out there that might match, but Vauxhall’s Adam hasn’t really got much on Aston Martin’s Vanquish, has he? Sometimes boring names can be so bland, they’re brilliant – like the neighbour’s cat named Dave -  but unfortunately in this case, not today. Sorry Adam.