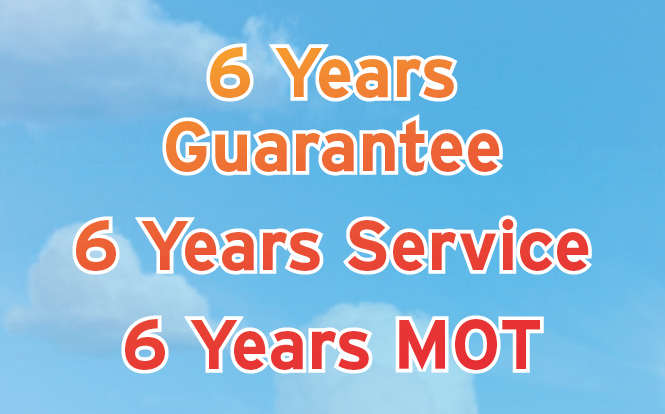 Cartime's Summer of 6 promotion is running for three months over the summer, giving you a window of opportunity to benefit from:

This is on top of our 62-point mechanical check and full valet clean given to every used car sold by cartime - giving you the chance to buy at used car prices, but get a vehicle that is very much as-new, and often with very low mileage on the clock too.

Here's our pick of six of the best used cars in our Summer of 6 promotion, to help you decide what to take out on a test drive...

We have a good range of used Audi A3 cars starting from under £10,000, which is amazing value for this enduringly popular model.

At the top end of the range, less than £20,000 will get you a used Audi A3 model just 2-3 years old and with under 20,000 miles on the clock - and with our great used Audi finance deals, you might find your budget stretches further than you thought.

The astonishing BMW 3 Series has been in production since 1975 and the seventh generation is due to be unveiled later this year, making this the summer to get your hands on a used BMW 3 Series 6th generation.

Prices here range from just over £20,000 for newer models to under £10,000 for a slightly older 6th generation used BMW 3 Series, and again we have some great BMW finance deals to make your money go further, plus the Summer of 6 promotion on top.

You'll find the ever-popular Range Rover Evoque under its parent brand, Land Rover, when searching the cartime website, and we have plenty to choose from.

All of our used Range Rover Evoques are fairly new - no older than four years in most cases - and with prices from under £20,000 up to well below £30,000, again there's some great value in this gutsy off-roader.

One of our biggest price ranges can be found on our used Mercedes-Benz C Class models, from under £15,000, up to over £25,000, and this means plenty of choice even before you take a look at our great used Mercedes-Benz finance deals.

This sleek executive car delivers true luxury, and with automatic transmission on most models, you don't even need to worry about gear changes, for an even more stress-free drive.

The Vauxhall Corsa puts the fun back in urban driving, with nippy handling and zippy acceleration, and all at a modest price range of £5,000 to £10,000.

Our used Vauxhall Corsas include some sporty colour schemes and some more executive-looking options, and all qualify for the Summer of 6 promotion on top.

We round off our super six with one of the most enduringly popular cars of all time, with our excellent selection of used Volkswagen Golfs starting from under £10,000.

This is a hugely versatile model, with a choice of petrol, diesel and hybrid electric used VW Golfs in our stock, plus manual and semi-automatic transmission, making it a great contender if you want to take advantage of our Summer of 6 promotion before the current heat wave breaks.