Why the VW Golf is Matt Kay’s Car of the Month! 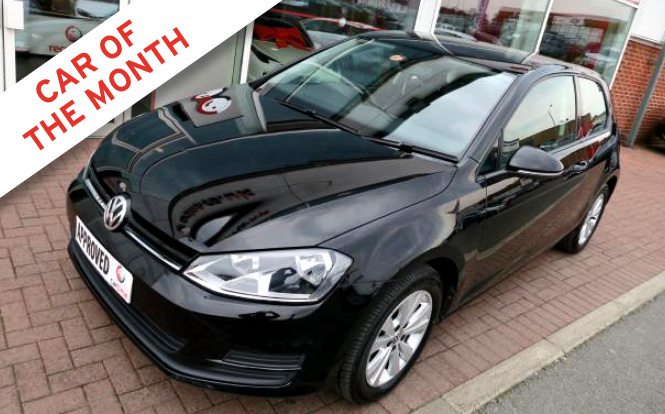 The VW Golf is one of the greatest gifts of the 20th century. Yes, it’s safe to say it’s right up there, with the other greats – the internet, Kevlar, Hula-Hoops and the toaster.

Since the Mk1 was first unveiled back in 1974 (also the year of Post-It Notes and the Rubik’s Cube), more than 30 million Golfs have now been sold across the world. It was an unprecedented concept that created a whole new class of its own. Before the Golf, small, family-sized hatchbacks barely existed and so, for that alone, we must thank the Gods. Or at least Volkswagen’s design team.

In a post-Beetle era, the everyone’s favourite Bug was slipping towards the tail-end of the popularity slide. Then, the VW team came up with the Golf. This modest motor would soon put VW back on the map. It was a revolutionary front-wheel drive, water-cooled, nifty little number that became an iconic model for the brand. The Golf made VW what it is today, as surely as the 3-series made BMW.

And Golfs just keep getting better. Although each generation has looked distinctly like the one before, each one has still been a marked improvement. Each, no matter the tweaks and little touches of TLC, is unmistakably a Golf. Over the years, VW’s ambition was to make this model longer, wider, stiffer, quieter and with more space inside.

Not a bad check-list. But with improved fuel-consumption, efficiency and power generation also heading up the objectives, any other marque might struggle. Can there ever really be a happy medium?

If any manufacturer was to find it, it’d be VW. In the later years, on the models that you’ll find independent dealerships at remarkably modest prices (yes, cartime included), the VW Golf offers an excellent all-round skillset – it’s the perfect-on-paper candidate that wows at interview. By reconsidering every single component for the possibility of saving weight, VW claims to have stripped out a bunch of extra weight, raising efficiency by almost 25%.

Each of the five engines in the range, from 1.2-litre petrol to 2.0-litre diesel, is designated “BlueMotion”. This is basically VW’s fancy term for 'low consumption/high efficiency'. But do you compromise on drive?

Surprisingly, no. The response to the throttle pedal in these cars is so zippily energetic, you’ll never get bored. It’s an innocuous-looking, profoundly urbane family car that’s faster than its predecessors – including, the Seventies Mk1 Golf GTI, the original hot hatch. At the time, this model’s acceleration and top speed sent enthusiasts into a right old tizz, but now the newer Golf models are matching it with ease – and at much better fuel economy.

Interior Improvements Over The Years

It goes without saying that design and interior comfort has improved drastically too. One of the latest models, the MK7, is so richly endowed with luxuries and comforts that it rivals some fancy names with sticker prices that are twice as much.

Every Golf is now fitted as standard with a 5.8” colour touch screen, with Bluetooth connectivity and DAB radio. The existing optional extra for automatic parking has been so refined that the car can reverse itself into a parallel space and drive itself out again; a new extra lets it drive and stop itself in a traffic jam. An absolute motoring miracle.

All in all, it’s an excellent car that’s proved itself to be like a fine wine – only improving with age. The Volkswagen Golf is one of the most accomplished cars for the money, and does everything you expect of it -and that’s why the VW Golf has been named our Car of the Month for this September!