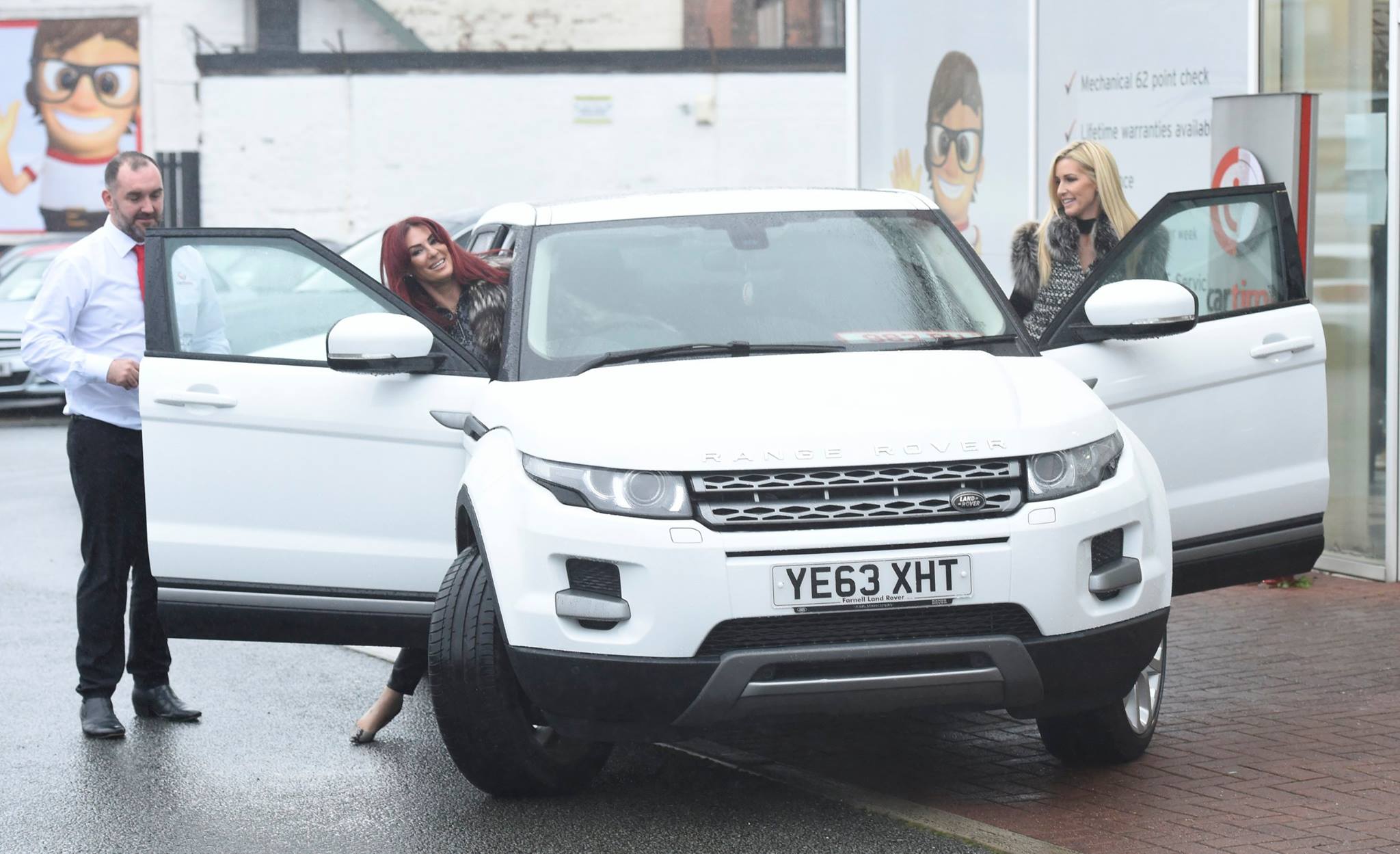 Lauren and Leanne – the wife of footballer Wes Brown – headed down to our the car dealership, on Bell Lane in Bury, where they spent the afternoon test-driving various cars.

Both ladies have recently finished filming the fourth series of the ITV Be show, Real Housewives of Cheshire, in which Lauren allowed film crews into the details of her divorce from husband Paul and worked on a more independent lifestyle. And it was exactly this that she appeared to be embracing on Thursday as she browsed for a new motor among the 700 cars on-site at cartime.

Lauren was seen testing out a number of cars at the dealership, including a Range Rover Evoque and a Range Rover. Meanwhile Leanne took photographs of her friend posing beside her favourites.

Matt Kay, managing director at cartime, said: “It was wonderful to have the Real Housewives ladies with us and we’re so pleased they chose us for their car shopping.

“We have more than 700 cars on- site so it makes sense. It’s fabulous to get a celebrity seal of approval, but we do like to treat every customer like a VIP anyway.