Is Premium Petrol Really Worth It? 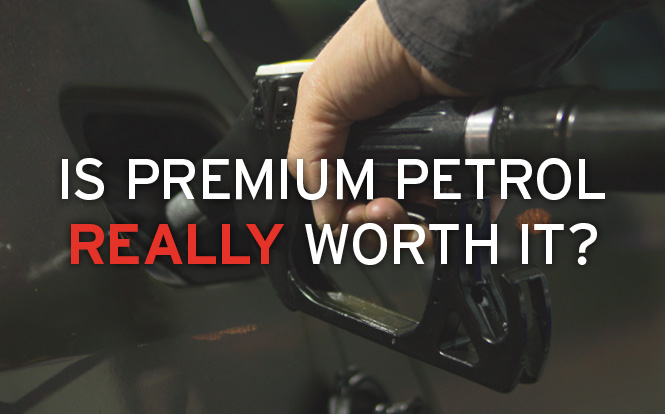 When you pull up at the pumps, you’ve usually got a choice of petrol. From standard unleaded, to super or premium, it can be confusing and you might end up just going for the cheapest. So, what is the point in premium petrol? Is it actually worth it?

As premium fuel can cost up to 30p more per litre than the standard, you’ll want to know why you’re bothering to Shell out at the petrol station (pun very much intended). You’ll also want to know what exactly you’re paying for, as different fuel providers will have their own brand name for premium unleaded alternatives.

Performance fuels like BP Ultimate, Texaco Supreme (sounds like a pizza, doesn’t it?) or Shell’s V-Power Nitro + all promise to clean and protect your car, and even say that you’ll get more miles out the tank. But is it really worth splashing out on a tank of super-duper go juice? And which one is which?

What is super or high performance fuel?

The main difference between regular unleaded petrol and premium-branded unleaded is that ‘premium’ or high-performance fuel has a higher-octane rating, also known as research octane number (RON).

Most standard unleaded fuels have a 95-octane rating, but premium fuel has a higher rating (around 98-octane) but is more expensive to produce, hence the higher price. You can also buy versions of premium fuel suitable for diesel cars too, which is the most expensive out of them all.

Why a higher octane?

The benefits of putting higher-octane fuel in your car include improved engine performance and lower consumption, however exactly how big a difference you’ll see depends on how you drive. It also matters which car you drive, but more about that later.

Experts say that most people won’t drive in a way to notice any difference in fuel economy (except for the fact it costs more) but, improvements you are more likely to notice include improved acceleration, better pulling-power at low revs and a smoother and quieter drive overall.

Does it really clean the engine?

In a sense, yes. Premium fuels do also contain additives that have been designed to clean your engine from the inside, helping your car perform better, for longer.

While all of this sounds great, premium fuel generally only works well enough to justify the added cost on high-performance engines. These are put under a lot of strain, especially if they use a turbocharger or supercharger, so will get more out of the characteristics of high-octane fuel.

If you drive a sports car – or a high-power car where performance is a priority – then paying the extra for premium fuel is generally worthwhile. You’ll help your car live up to its potential on the road, which is especially worth it if it came with a hefty price tag.

On the other hand, if your motor is a bit ‘middle of the road’ or worse, a bit of an old banger, don’t bother. You’re unlikely to see much benefit from upgrading from regular petrol. Sadly, your supermini won’t suddenly feel like a supercar just because you put super unleaded inside it.

But don’t take our word for it…

Why not try it and see? If you normally use regular unleaded petrol, it might be worth trying out a premium unleaded fuel in the tank at least once. This way you can see for yourself if there are any noticeable differences. That way, you can decide for yourself if the premium is worth the extra expense.