Five cars we loved through the decades 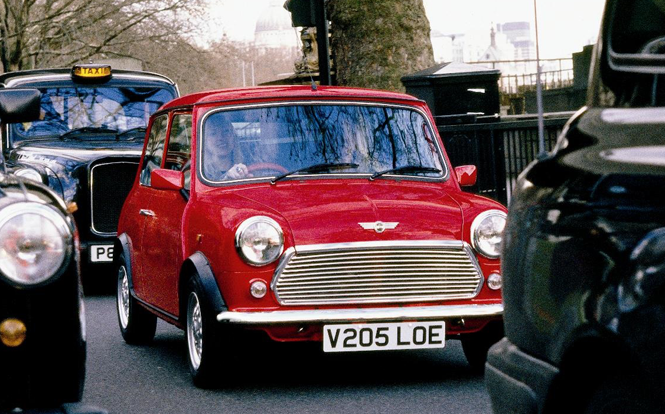 You can't escape Valentine's Day in February, but for keen motorists it's the perfect excuse to reminisce about past loves and some of those truly iconic cars of decades gone by.

Here's cartime's pick of five of the most iconic and well-loved cars of the past half-century.

It's hard to pick one model from any decade, but the 1960s offered more iconic designs than most. But in the decade that popularised the miniskirt, the star of the motoring world is also the MINI, cemented in 60s folklore by its starring role in The Italian Job and still rolling off the production line - albeit in a slightly different guise - to the modern day.

The 1970s don't stand out as the golden era of motoring, but for those of a certain age the vehicles of that decade were probably the backdrop to plenty of days out and summer road trips. In the UK we got the Ford Cortina as the decade's bestselling car, replaced in the early 80s by the Ford Sierra. Meanwhile across the pond, America was driving the Pontiac Firebird and Chevrolet Camaro, but the Cortina still holds happy childhood memories for many Brits... right?

The unlikely icon of the 80s has to be the DeLorean DMC-12, although admittedly more for its appearance in the Back to the Future trilogy than its success as a road car. With its gull-wing doors and distinctively 80s front grille and headlights, it's a design firmly stuck in time, yet ironically enough is making a comeback in 2017 and beyond with the brand's current owners, DMC Texas, planning to produce 12 roadworthy replica models this year and a possible 50 more in 2018.

The 1990s was a strange decade all round, as we all started to look more and more towards the optimism of the new Millennium and a booming economy. Cars became more curvy, but saloons were very much in style, giving many vehicles a kind of 'sexy executive' aesthetic. Many of us still hold a torch for the Nissan Skyline, which somehow managed to look executive from the front and sporty from the rear, while this was also the decade that brought us the Mazda RX-7, Dodge Viper, Ferrari F50, Jaguar XJ200, Lamborghini Diablo, McLaren F1, and many many more of the models that still send a shiver down certain spines.

Again there's a plentiful list of stand-out stars from the last decade, but the Bugatti Veyron has to be a contender for the top spot. It looks fantastic, with a grille like the concept art from a Batman movie and an engine delivering brake horsepower into four figures. Rumoured to cost £5 million to produce, but sold at a price tag of 'only' £1 million each, it's a genuine love story of motor manufacture, and as the 2010s draw to a close it's doubtful many drivers will find a new romance from this decade to rival that of the last.