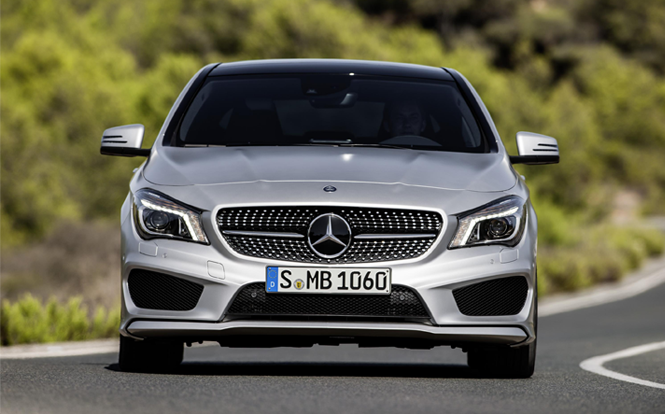 The Mercedes-Benz CLA-Class burst on to the roads in the spring of 2013 and four years later, this persistently popular coupe has earned its stripes with cartime's June 2017 Car of the Month Award.

Its sweeping curves are classic Mercedes-Benz, with a businesslike front grille that adds an executive touch to the overall design, and excellent economy that doesn't come at a cost to the interior refinement.

Both offered 0-62 mph acceleration below 10 seconds, with top speeds over 130 mph. Both offered fuel economy of more than 50 miles to the gallon - and nearly 63 mpg for the CLA 220 CDI.

With on-the-road prices starting from around £25,000-30,000 depending on the specification, the CLA Sport and CLA AMG Sport have become firm favourites among Mercedes-Benz enthusiasts in recent times.

The CLA-Class has proven to be an excellent store of value, with one-year-old models in good condition still selling for close to £25,000, but there are also deals to be found on great examples that are slightly older.

Mercedes CLAs that were among the first out of the factory in 2013 are now selling for around £20,000, and sometimes less than that, yet as a relatively recent model, many have only ever had one owner and have low mileage on the clock too.

All of this adds up to a Mercedes-Benz that won't break the bank, especially when you buy a quality used Mercedes CLA that has been through a full mechanical check prior to the sale.

The Coupe may be the daddy of the CLA-Class, but the family continues to grow: in late 2014 the Mercedes-Benz CLA Shooting Brake was unveiled, with a more gently curved roof allowing extra headroom, despite a reduced overall height.

The CLA Shooting Brake was the fifth in Mercedes' line of compact cars, which included the A-Class, the B-Class sports tourer, the CLA-Class Coupe and the GLA-Class SUV - a sure sign of the marque responding to modern driving preferences.

It's a practical model, too - boot space in the Shooting Brake started from 495 litres when loaded to the top of the rear seats, but the seat position could be steepened to add an extra 100 litres of capacity without losing any passenger spaces.

With the seats folded down and luggage loaded from floor to roof, there's an impressive 1,354 litres of boot space in the 2014 Shooting Brake edition.

It's one example of the practicality of the CLA-Class, which is at once both compact and also deceptively spacious, making it a comfortable and elegant vehicle for a wide variety of different drivers, and highlighting why it remains such a popular option four years after its original launch date.