Audi Q5 is our December Car of the Month! 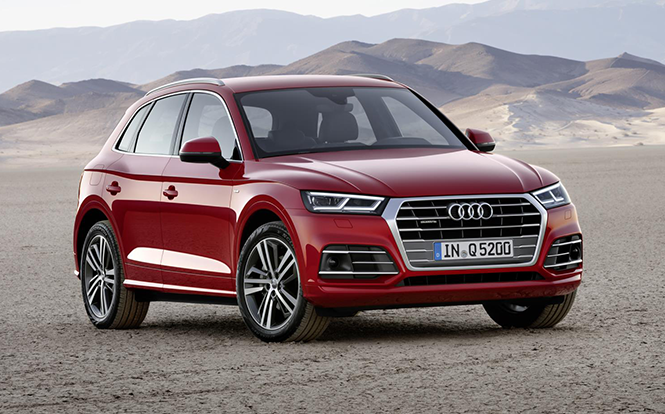 We're ending 2016 in style with the hugely successful Audi Q5 as our December Car of the Month. It's been a big year for the much-loved SUV, with the millionth Audi Q5 leaving the production line in August in Sepang Blue, destined to be driven by a family in Germany.

This 'jubilee' was reached in just eight years, an average of 125,000 vehicles per year produced at the main Ingolstadt production line - and including local production in China and India as well, that rises to 200,000 per year and nearly 1.6 million Q5s in total.

With the August milestone passed in 2016, the New Year will be a time of change for the Audi Q5, which is set to get bigger but lighter by 90kg following a complete redesign. Aerodynamics have been overhauled and vibration reduced, to give new acoustic standards to the interior passenger cabin.

Back-seat passengers have been considered too, with individual rear back rest sections that can be tilted, while the boot luggage compartment is 10 litres bigger to allow for the seats tilting back into it. With the rear seats at full tilt, there's still a healthy 550 litres of boot space, which rises to 1,550 when the back bench is flattened.

From its introduction in late 2016 - and expected to hit UK roads from spring 2017 - the new Audi Q5 comes with a 2.0 TDI engine that delivers 190 PS and significantly improved fuel efficiency. A new quattro drivetrain engages the rear axle only when it is needed, for maximum driving dynamics and traction, but improved efficiency too.

The SUV comes with a six-speed manual gearbox or a seven-speed S tronic with a fuel-saving freewheel capability. Steering wheel paddles send an electronic signal when a change of gear is needed, putting more revs at the driver's fingertips.

Audi are famed for their technology, and the Q5 is no exception, with a plethora of safety features and driver assist capabilities. 'Pre sense' systems warn of pedestrians and vehicles in city driving, and can automatically brake in emergencies, there's help with hill descent, and a parking camera to spot when you're about to collide with a traffic sign too.

And it's not all about speed, either - there's also steering assist when travelling at slow speeds, to take some of the strain out of keeping to narrow lanes in traffic jams, for example when navigating roadworks. It's not the kind of driving we'd all like to do more of, but it's one more example of how the Audi Q5 is built for the driving you actually do in the real world.

Find out for yourself by test driving one today, give the team a call and we’ll get you booked in.