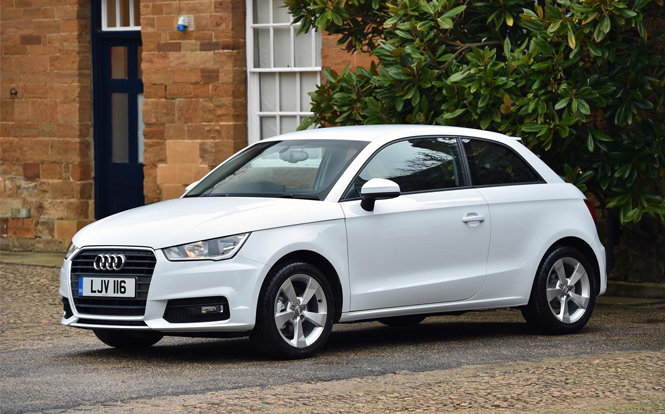 The Audi A1 has gone from strength to strength since it first reached the UK market in November 2010, and 2017 marks the ten-year anniversary since it was first previewed at the 2007 Tokyo Motor Show

First unveiled as the Audi metroproject quattro concept car, it was renamed as the A1 Project Quattro in 2008, with the five-door A1 Sportback concept shown at the Paris Motor Show in the same year.

Over the decade since, the A1 has been rolled out worldwide, with the production A1 Sportback made available in 2012.

An A-class store of value

Overall though, the A1 is a great store of value - and while a second-hand Audi A1 is often an excellent proposition, it's also one that will have substantial trade-in capital, the next time you're looking to upgrade.

As you might expect from a model first unveiled a decade ago, there are now plenty of used Audi A1 options to choose from, starting with the main models like the original A1 and the A1 Sportback.

Most second-hand Audi A1 engines are around the 1.6-litre mark - but again there are plenty of options, typically ranging from 1.2 litres up to 2.0 litres.

There are petrol and diesel engine types, with competitive fuel efficiency and low emissions designed into the range early in its development and throughout the years since.

As early as summer 2011, the A1 1.6 TDI delivered nearly 75 miles per gallon, with carbon emissions of less than 100g per kilometre - exempting it from the London congestion charge and road tax.

It's not just under the bonnet where the Audi A1 offers plenty of choice, as there have always been a wide range of colour options and styles to choose from.

In late 2011, the Black Edition and Contrast Edition were added to the line-up, with a sleek black colour scheme or a sporty, contrasting roofline depending on your choice of A1.

Each came with its own alloy wheels, while the Contrast Edition also had the option of a double-blade roof spoiler for an even more dynamic appearance at speed.

The Black Edition, meanwhile, fully lived up to its name with a dark grille surround and number plate mount, plus a tinted privacy glass in the rear windscreen.

With so much choice on offer over the years, the used Audi A1 market has plenty of great examples to choose from, with new additions all the time.

As the model nears its ten-year anniversary later in 2017, it's a deserving winner of our coveted Car of the Month award for May 2017.

View our range of Audi A1 models.