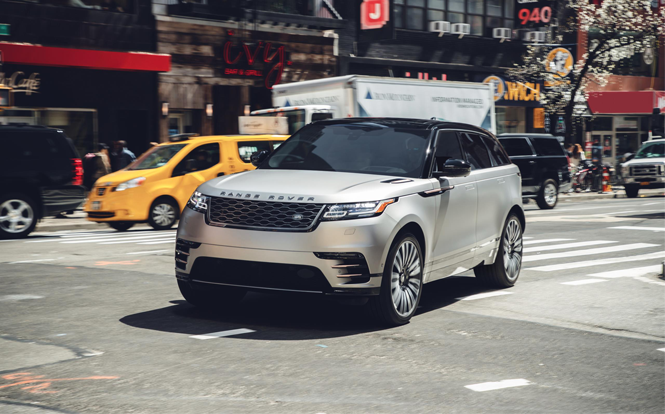 The 2017 crop of new cars has some real gems, from road-going runabouts to supercars that are as likely to end up in private collections as they are to be spotted driving through your nearest city centre.

The current Ford Fiesta is starting to lag behind in terms of onboard technology - notably its infotainment system compared to others in the supermini class.

But September 2017 should change all that as the new update takes to the roads, and should unleash some of the current Ford Fiesta edition on to the used car market too.

The new Volkswagen Polo is actually due to hit the roads in 2018, but with details already being released, anticipation will grow throughout the rest of this year.

Early indications are that it will be bigger than the current Polo, but not quite as big as the Golf, and at a price tag close to the existing price of a Polo.

The BMW X2 is also set for an early 2018 release date, and is likely to be built out of many of the parts currently seen in the X1.

As a result, expect a sporty SUV whose final design should be unveiled later in 2017.

Jeep is a brand that many Americans feel a close emotional connection with, but has never really managed that in the UK.

Could the Jeep Compass make the change? A rival to the VW Tiguan and Nissan Qashqai, it's certainly one to watch.

Speaking of the Qashqai, the decade-old first generation is finally due for a full replacement, just in time for Christmas.

Onboard intelligence should enable 3D modelling of the road, lane markings and other vehicles, allowing the Qashqai to handle some braking and acceleration automatically.

The Range Rover Velar is due for a July 2017 release in the mid-sized SUV segment, with pricing close to that of the Evoque.

Expect a starting price of just under £45,000 for the five-seater, which will be the fourth model in the current Range Rover family.

July 2017 should bring the updated Lexus IS, priced from a shade under £30,000, with the new version of the Lexus LS to follow in early 2018 with a dramatic mesh-like front grille.

Traffic Jam Assist is the headline-grabbing feature of the Audi A8, which should be available in December 2017.

Early indications are that the A8 will have fully autonomous capabilities, including the ability to start and stop itself in congested traffic, and to steer to the side of the road and come to a stop when necessary.

The Ford Fiesta ST is the second Fiesta on our list, with the third-generation ST due out in early 2018 with a smaller but more powerful 1.5-litre 197 bhp engine.

The updates to the BMW 4 Series due in May 2017 bring stiffer suspension and recalibrated steering, which should improve the already impressive driver experience in both the Coupe and Convertible editions.